I took this pic as Robert was getting things set up inside the tent.  I thought the sunset was beautiful and wanted to capture it!

I also got this one.

These are just iPhone pics so they aren’t amazing, but it’s fun :-).

Anyway, an email went out yesterday by our neighbors and good friends tell everyone that they were going to camp at the windmill (the highest point here at camp) and asked for people to join.  So we decided to (along with 5 other families) and it was fantastic.  Only problem was that last night I had a super hard time warming up so I went to bed a bit early so I could be in my down sleeping bag :-).  I spent some time reading, which was nice.  This morning we were up at 6am way before the sunrise and enjoyed some coffee and a fire.  We started packing up around 8 and left around 9.  I came home and got my blanket immediately.

Forty degrees is cold when you’re in it the whole time.  I need to be better at dressing for it.  The top half of me was fine (tank, short sleeve, long sleeve, sweatshirt, and down puffy jacket), but my legs were freezing.  I was just wearing Lularoe leggings.

Before I got super sick mentally, Robert and I did several backpacking trips and we camped more as a family.  Now that I’m doing well again, I have a desire to get back out and be adventurous.

Robert and I went to Big Bend Ranch State Park in May, then summer happened.  Last night we camped spontaneously (which I don’t normally do), and in a few weeks we are going to camp/backpack as a family at Big Bend again.

Kids gain so much by being outdoors.  Resiliency, endurance, perseverance, strength, bravery and courage, and the ability to do things independently.

Karis wanted to have her own tent, so we told her that we wouldn’t be setting it up but if she could figure it out, she could do that.

So she did.  She had a friend help, but that’s fine.  She’s getting it figured out. 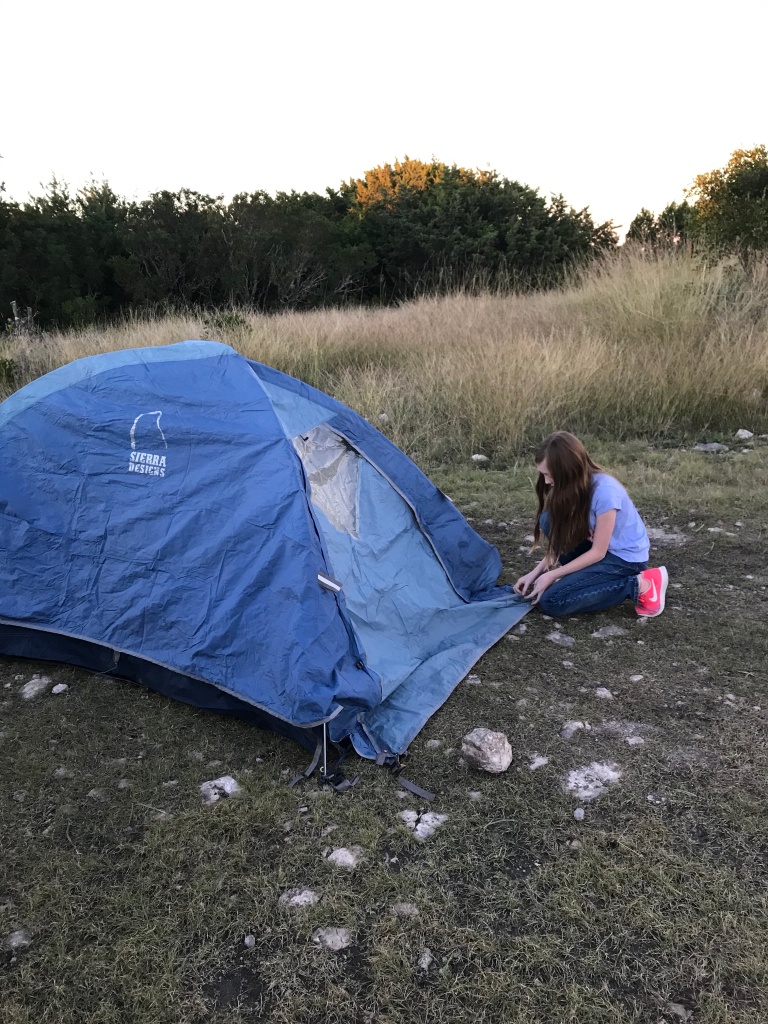 The kids had SO much fun with their friends.  They were running, playing, and exploring for hours.  There were a total of 15 kids there last night!

I loved our amazing fire that we had last night. 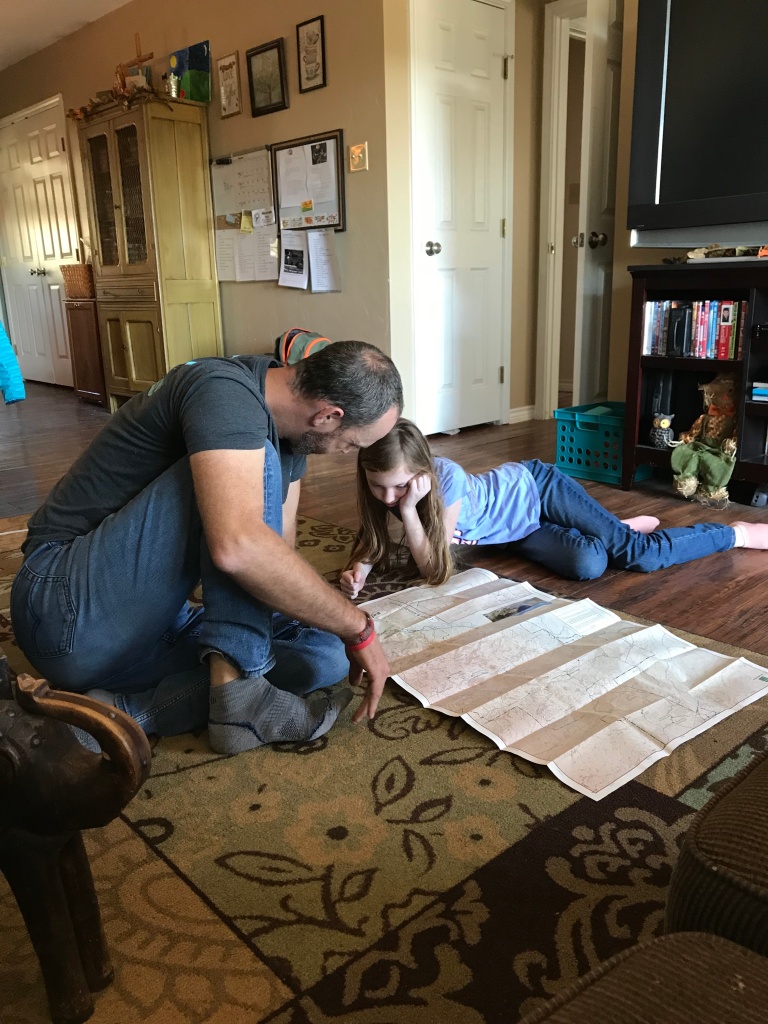 Karis can’t wait to go backpacking.  And for Christmas Robert bought her hiking boots, a new pack, and a new sleeping bag.  She’s going to be so excited.  She has always loved it.

Get outside with your family!